Search Will Likely Change And Not’s Really A Change 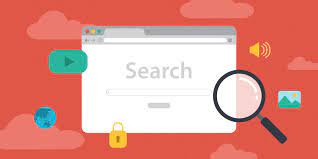 Around the time the World Wide Web was being opened to users of AOL for the first time, and 9600 baud was a massive upgrade in speed for modems, some clever people made predictions about the future that held up pretty well over the years.

Someone excavated a piece of Internet lore and posted it to Slashdot. It’s an article that appeared in the long-defunct Internet World magazine, published by Alan Meckler’s Mecklermedia and republished online at Krypton Neon.

Eric Berlin penned the piece that gathered thoughts on the best and worst of the Internet for 1994, and predictions for its future. The late Susan Calcari deserves a moment of warm remembrance for placing Nethack at the top of her Best of Entertainment list. It’s a game I’ve installed on every machine I’ve ever used as a workstation for years.

Her most telling “Worst Of” selection should seem rather surprising today: “The organization of the World-Wide Web. I love the Web, but finding something specific on it is a nightmare. And because the Web is growing by leaps and bounds, I just don’t see things getting easier anytime soon.”

Larry Page and Sergey Brin of Google fame turned 21 that year, two years before their research project on search began.

The Electronic Frontier Foundation’s first staff counsel, Mike Godwin, lamented the appearance of “less-than-desirable material” showing up on the Net. In 1996, he was one of the lawyers taking on the Communications Decency Act; the Supreme Court found in favor of Godwin’s side on First Amendment grounds.

For people concerned with freedom of speech issues and the Bush Administration, Krypton Neon owner Kenny Greenberg’s list of the worst things of 1994 (the Digital Telephony bill, the Clipper Chip FIPS, obscenity prosecutions of bulletin board systems, and media hysteria about e-mail stalking and the threat to children on the Internet) probably reads like a modern headline.

His prediction for the future? “There will be a concerted effort by the U.S. Congress to regulate content on the Internet.”

Thirteen years have passed since these and other predictions hit the newsstands in Internet World. Spam isn’t just Canter and Siegel any more; it’s a multi-national plague run by hundreds of criminals running thousands of scams and fueled by clueless people buying their illicit wares.

Instant messaging and VoIP have begun to supplant email for regular communications anyway, a change we will lament. The best part of email is its asynchronous nature. A message sent at 9 could be answered at 10 without either party feeling intruded upon or ignored.

The business world has come to expect continuous, always-on, location-irrelevant connectivity. That made the Blackberry an addictive device, one that wiped out the effectiveness of managing and prioritizing email by making every incoming message a priority.

As far as predictions go, communication looks like the aspect of the Internet that has reached a zenith. The last step involves portable communications, where people can be reached wherever and whenever, and the modern cellphone as data device has just about reached that point.

This leaves the process of getting data to people, and that forms one prediction for us: we see a point where by 2020, Internet communications will be a utility. Companies that want to be more than just pipes will find the needs of the populace outweigh the needs of the telcos and cablecos.

Those companies will have to adapt to a world where wireless high-speed connections render the wired obsolete for consumers and businesses. The firms that transition best to supporting such an infrastructure and feeding it content, the distribution of which they can control within limits (cable only channels like ESPN, or satellite-only options like the NFL Ticket from DirecTV) , will endure.

Although it might be easy to predict the death of the conventional search engine, especially with concept-based approaches being developed (think IBM and UIMA), the Googles and Asks of the world offer enough to people through a single search box that they have become a de facto approach to web navigation.

Unless it’s easier, faster, and more accurate, search as we know it now probably has less chance of changing dramatically by 2020 than we have of seeing Toyota come out with flying cars. The television as a device has changed from black and white to color, and from knobs to remote control, without getting away from its essential functionality because it can’t get any simpler.

And neither can search.

Video could be Google’s undoing for a time, should they prove unable to negotiate their way out of the infringement lawsuits brought on by their YouTube purchase. That could mean the paring of a number of their numerous services and a retooling back to a tighter focus on search relevance and advertising.

Other predictions coming from inside the WebProNews house think a lot of online video, but little of poorly-produced online video. The shakeup is coming, and while there will be a place for videos on the Internet, the best content will succeed.

We plan to keep shifting to video, to the point where mainstreaming events and news online becomes the WebProNews norm. We expect other outlets to do the same, so plan on keeping those video cards upgraded.

It will be hard for bloggers and websites to be taken seriously without good video. Gadget goodness like Nokia’s just-debuted N95 will look quaint after a company debuts Oakley-style glasses with a built-in camera and microphone, and wireless connectivity to post content in real time.

The falling circulation for print media could mean the demise of long-lived publications like the Wall Street Journal in their current forms. Even shrinking the size of the paper as the Journal plans to do won’t overcome the cost savings they can enjoy by making the inevitable shift to online-only.

Predictions and a couple of bucks will get you a nice hot chocolate at Starbucks. But the advances made in wireless technology and technology miniaturization, coupled with the spiraling costs of newsprint, could make our forward-looking statements look downright prescient in fourteen years.